The Force Is Strong In Angry Birds Star Wars for Play on Your PC!

The Empire has built a planet destroying super weapon.  Your gang of Angry Birds heroes must use all their special abilities to escape Tatooine and venture to the mighty Pig Star and blow it out of the universe!

Angry Birds Star Wars follows the general storyline of the original Star Wars movie.  You start with simple old Luke, a red bird with very little ability other than a kamikaze attack agains the Sandpeople piggies.  But soon he’ll meet Obi Wan Kenobi, an old bird with a mastery of the mighty Force. 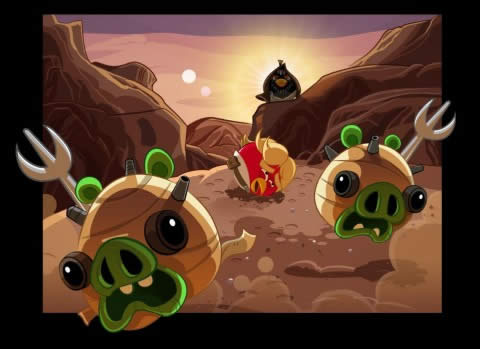 As you progress, Luke will gain the ability to use a lightsaber.  With it he can burn through obstacles and deflect lasers to defeat the Empire’s strongholds.

Fortunately, Luke is not alone.  He’ll team up with Obi Wan, Han, Chewie, and Rebel Alliance fighter pilots to help him destroy the Pig Star.  And if Luke and co. is clever enough, they might just be able to find and unlock the secret R2 and C3PO birds! 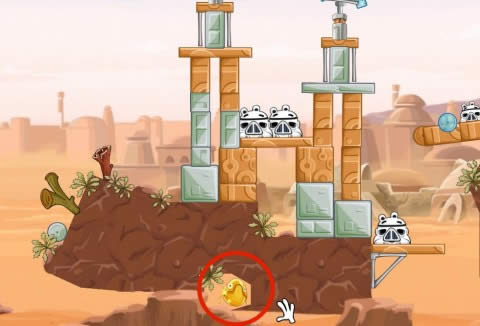 Who's this hiding down here ?

Use light sabers, force powers, and blasters to destroy the Empire with this great cast of characters: 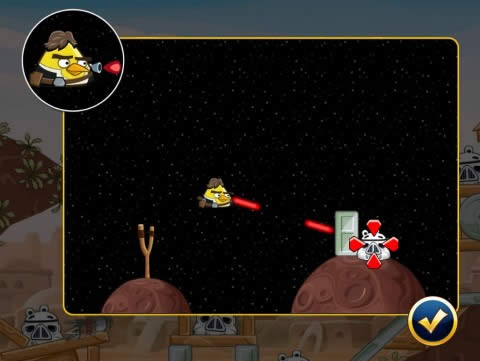 Fight Through Tatooine, Space, and the Pig Star Itself!

In Angry Birds Star Wars, you’ll start on the planet Tatooine, the homeworld of Luke Skywalker.  You’ll fight piggy sandpeople and stormtroopers hiding out in desert moisture evaporators, sandcrawlers, and other fortress formations.  When the storm troopers start shooting, watch out because their laser fire can knock your birds off course.  But you’ll soon find out you can actually turn their lasers against them! 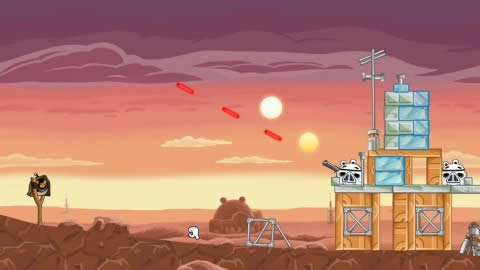 Imperial blaster fire is no match for a Jedi Master wielding the Force!

Journey Through Asteroids and Planets

After escaping Tatooine, you’ll find yourself fighting the Imperials in space.  Use your birds to navigate the gravity wells of planets and asteroids to fling your forces into the Imperial ranks.  Fans of Angry Birds Space will enjoy the gravity defying puzzles that await you as you fend off tie fighters and turbo lasers. 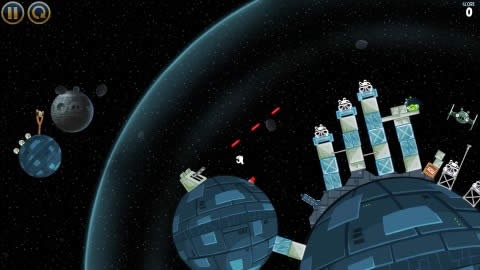 Turbo lasers and Tie Fighters are no match for the pilots of the Rebel Alliance!

Navigate the Pig Star to Take on Vader Himself!

Captured by the Pig Star’s tractor beam, the Millenium Falcon is pulled into the heart of the Pig Star.  Chewbacca will join you and devastate the Imperial strongholds.  Use Obi Wan’s force ability to make way for Han’s lasers.  At some point you’ll encounter Vader himself and his use of the Dark Side to thwart your attacks! 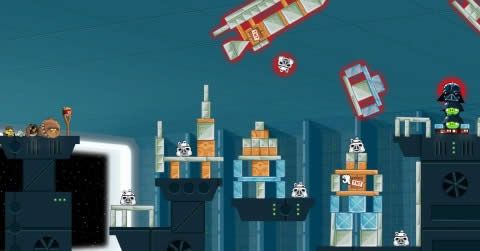 Vader will use the Dark Side to thwart your attacks!

The great thing about Angry Birds Star Wars is that new content is being added to the game. Some locations from The Empire Strikes Back are now available including battle on the frozen world of Hoth.  Check out the Hoth video below:

Another added content segment is the MIllenium Falcon.  While fleeing from the Empire's blockade of Hoth, the Falcon hides in a nearby asteroid field.  However, what they find hiding on the lonely rock in space is more than they bargained for!

After you complete the Millenium Falcon levels, you can join Luke on Dagobah as he is trained by the Jedi Master Yoda.  Cloud City is up next and is planned on being released the week of March 28, 2013.

An Epic Battle Awaits You – Download the Angry Birds Star Wars Demo and Get Playing!

You can play a limited number of levels in the free demo so what are you waiting for!  Download the game and experience the best Angry Birds game yet! 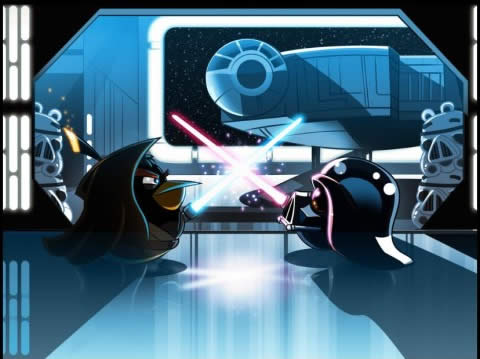 Will you overcome the Dark Side and take out the planet destroying Pig Star?  May the Force Be With You!

Family Feud: Battle of the Sexes

The Price is Right